Archive for the News Category 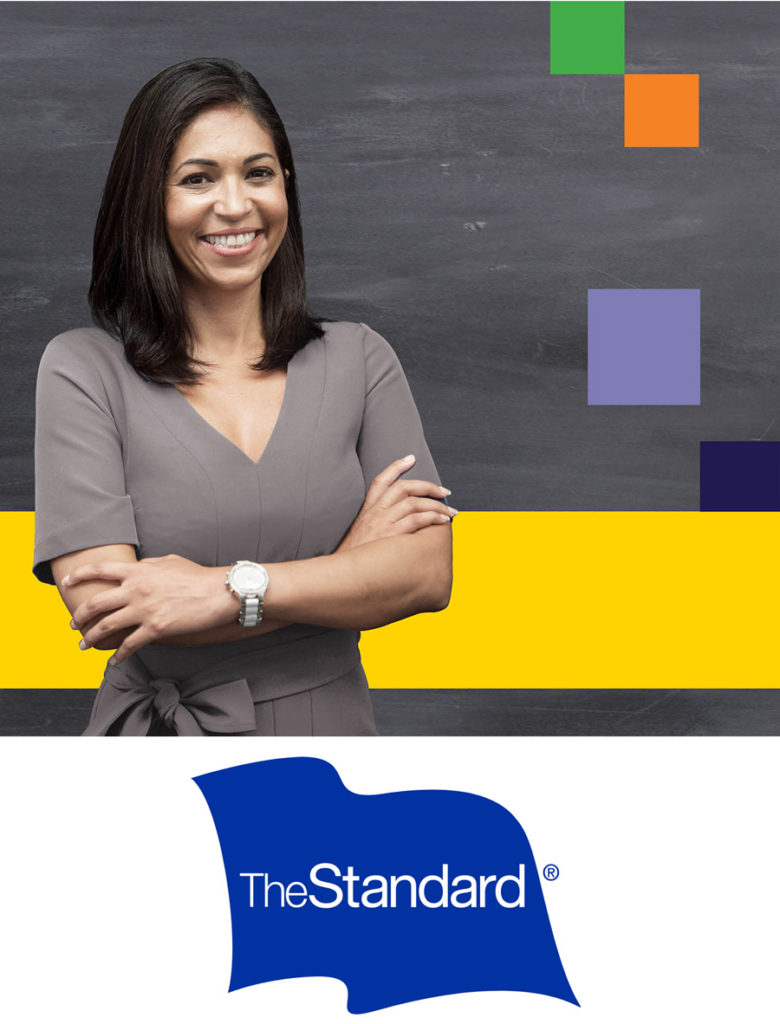 TALB members, you have an exclusive opportunity to enroll in the CTA-endorsed Voluntary Disability and Life insurance plans offered by Standard Insurance Company (The Standard).
Apply through March 31, 2020.

Protect Your Loved Ones with CTA-endorsed Life Insurance
Life insurance provides financial security for your loved ones. The benefits could help pay off debt, pay for your children’s education or provide financial support for them.

Learn More or Apply Now
More than 77,000* California Teachers Association members like you already enjoy the protection of CTA-endorsed Voluntary Disability and Life insurance. And right now, you have a unique opportunity to join them. Take advantage of this special enrollment opportunity by March 31.

For full details or to apply, visit standard.com/cta/talb. 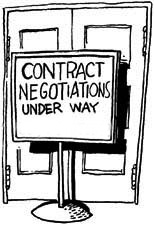 The TALB/LBUSD bargaining teams met on Thursday, January 30th, 2020. A long discussion was held on “All Day K”. While the name implies that students will be in Kindergarten all day, this is truly a misnomer. The model is more like our extended day Kindergarten program. The schedule is really an “All Day K” for parents, as the schedule would require schools to have childcare before and after school.  The devil is in the details. How would childcare work and e accessible to families through the District? At this time there is no agreement to change Kindergarten.

Transfers have been a major sticking point in negotiations for decades. The number of specialized postings along with administrators gaming the transfer process has led to fewer choices for our members, particularly those that are displaced on an annual basis.  The District has found a new catchphrase “All Means ALL.”  In that spirit, ALL teachers should have the right to an open transparent transfer process.

The District, per usual, is crying poor.  While there is no dispute that declining enrollment is a factor, like any budget, some programs seem to be protected year after year. Case in point, then the District was asked if they were appropriately managing position control, the response was they had calculated eliminating Certificated & Classified positions, however when asked about how many Administrator jobs were on the chopping block, the only thing heard was crickets. The next scheduled negotiations meeting is Friday, February 14th.

This is our last opportunity to support our endorsed candidates before the Super Tuesday Election on Tuesday, March 3.  Join Us!

For more information about the candidates

TALB Endorses Doug Otto and Erik Miller for LBUSD Board

Long Beach, California: On Tuesday, May 28, 2019, Teachers Association of Long Beach, which includes teachers, nurses, speech pathologists and librarians, voted overwhelmingly to endorse Erik Miller for school board in Area 4 and Doug Otto in school board Area 2. Both seats are being vacated by retiring board members Jon Meyer and Felton Williams.

“Filling Jon Meyer’s shoes will be no easy task; however, Mr. Otto has a long history of advocating for our communities. Whether it be his tireless work at Long Beach Community College or the Long Beach Aquarium of the Pacific. His steady leadership is just what LBUSD needs as we deal with the prospect of hiring a new superintendent and declining enrollment,” said Barry Welsch, President of the Teachers Association of Long Beach.   Added Welsch, “Again, losing Mr. Williams experience and commitment to serving our students will be a great loss, but we are very fortunate that Mr. Miller, a former LBUSD student, long standing Long Beach resident and leader, has chosen to run for school board Area 2. Times are changing in Long Beach, but these two candidates demonstrate what we need to continue the hard earned accomplishments in LBUSD.”

The School Board election is scheduled for March 3, 2020. TALB Represents 3,700 teachers, nurses, speech pathologists, and librarians.

Our next scheduled session is January 30 at the District Office.  On the table for discussion are compensation, transfers, and “All-Day” Kindergarten.

The Long Beach Unified School District Board of Education began laying out parameters for how it will fill the big shoes left behind by longtime Superintendent Chris Steinhauser who announced his retirement in December.

While Steinhauser’s decision was not completely a surprise, it does force the board to start a search process it wasn’t anticipating so soon. Steinhauser is set to step aside at the end of the school year, which is in July, but the board is trying to get a jump on finding his replacement.

At its Wednesday night meeting, the board began to discuss what kind of search it wanted to undertake and how that process might look. While the board won’t vote on an official outline of the process until its next meeting, its members began making suggestions and asking questions about what could be included in that vote.

Will the applicants be able to apply for the job confidentially to avoid burning bridges with their current employers? What will the public outreach look like during the process and how will potential town hall meetings play out?

The biggest question of the night was where the new superintendent would be sought. Will they come from within the district or from the outside?

A majority of the board, including Board Members Megan Kerr, Jon Meyer and Diana Craighead, expressed their feeling that the talent pool within the district was so deep that the search should be focused there first, if not exclusively.

Kerr distinguished Long Beach from Los Angeles and Orange County in saying that Long Beach, while a big city in its own right, has always had a small-town feel with its school district taking a relationships-based approach to education. The person at the top of that structure, she said, should be someone already familiar with that idea.

“When we’re looking at who is going to be at the top, that linchpin of the relationships within this district, I believe that there is no one better to do that work than someone who is invested in our system already,” Kerr said.

Meyer expressed concern that if the search were opened up to outsiders they might hire someone who is looking at Long Beach as more of a stepping stone than a career, which would break with recent history. Steinhauser had served as superintendent of the district for the past 18 years and before him, Carl Cohn had served for 10 years.

Meyer attributed the successes the district has had over that span to the continuity it had from people who were invested in Long Beach.

“Is an outsider going to come in and alter that and say, ‘Oh, Long Beach is a fat job, they’ve got a good district,’ and come in here for five years and say ‘Adios’ after throwing all kinds of changes at us?” Meyer said. “I think we need to keep in mind the stability and the virtue of the long progress we’ve made over the last 20 years.”

While there was sentiment to keep the search insular, other members of the board suggested that it look outward for candidates as well. Board Member Juan Benitez said that the search should be both local and national and that if the Long Beach talent was truly the best, it would rise to the top.

“The only way you can test if your best is the strongest is to put them out against the national best and prove that we’ve got the best,” Benitez said. “We have big shoes to fill.”

Chris Callopy, the executive director of the Teachers Association of Long Beach, agreed that the search should be opened up to all applicants. He cautioned that the Long Beach way has sometimes made the district a little too insular and that new blood wouldn’t necessarily be a bad thing.

Whoever the hire ends up being, Callopy said that they will need a mandate and the support of the full board as well as other stakeholders like teachers, parents and students.

“I would encourage the board to have a deliberately open process. We do have plenty of talent her locally but it would not be obtuse to looking outside and just seeing what’s going on out there. The district that Chris [Steinhauser] took over twenty years ago is not the same district we have today and we shouldn’t be afraid to see what else is out there.”

The board is scheduled to meet again Jan. 22 when it’s expected to formally vote on the outline of its search.

This year TALB is encouraging all schools to develop a meaningful Shared DecisionMaking Committee.  Schools without a SBDM can receive help from TALB in developing one.
Shared Decision Making Committees can work in the following areas, student discipline policy, site discretionary budget (lottery funds), staff development, scheduling of site activities, school equipment utilization, school needs in general, innovative site programs, communication, adjunct duties, site vision and goals, and make recommendations to the School Site Council.
If your faculty wants to start or reinvigorate a SBDM, contact the TALB office and ask for Christine Kelly, TALB President at ckelly@talb.org
Back to Top 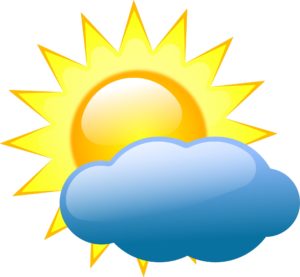 This year we will be “mixing it up” with our School Climate & Administrative Surveys….

The School Climate portion of the survey will remain the same and be disseminated on January 6th – January 31st. This year we are teaming up with the District to create a new Administrative Survey. Our goal is to have this survey in place and ready for sites at the end of April or early May. Details will be forthcoming in future Updates.

Why take the School Climate & Administrative Survey? The results collected are shared with the Superintendent, Christopher Steinhauser as well as the leveled Assistant Superintendents. We use this data to highlight schools where management is effectively leading or lacking. In addition, the survey results help members who are displaced or who are interested in a transfer.

If you plan, you might be able to coordinate with your colleagues to complete the surveys together in a computer lab. Please work with your site administrators to conduct this important survey. 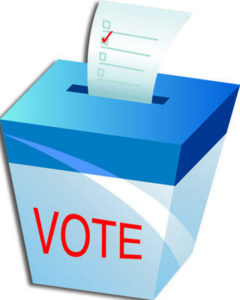 TALB has conducted a Special Election to fill an open position as CTA State Council Representative. The term of this position is from date of election to June 15th, 2020.

The CTA Institute for Teaching has established a competitive strength-based grant program for CTA members and chapters to demonstrate what teachers can do when they have the freedom to create and invent.

The grant application process is open to individual CTA members, small teams of educators and affiliated local chapters. Applications can be submitted online from December 1, 2019 through March 31, 2020. The awards are announced in June. Detailed grant information can be found on the IFT website – www.Teacherdrivenchange.org – by clicking on the grant link.

Grant proposals need to reflect innovative efforts to enhance student achievement. Applications also must specify how the proposed project is strength-based and how it will improve teaching and learning conditions.

For more info: Detailed grant information can be found on the IFT website – www.Teacherdrivenchange.org – by clicking on the grant link.