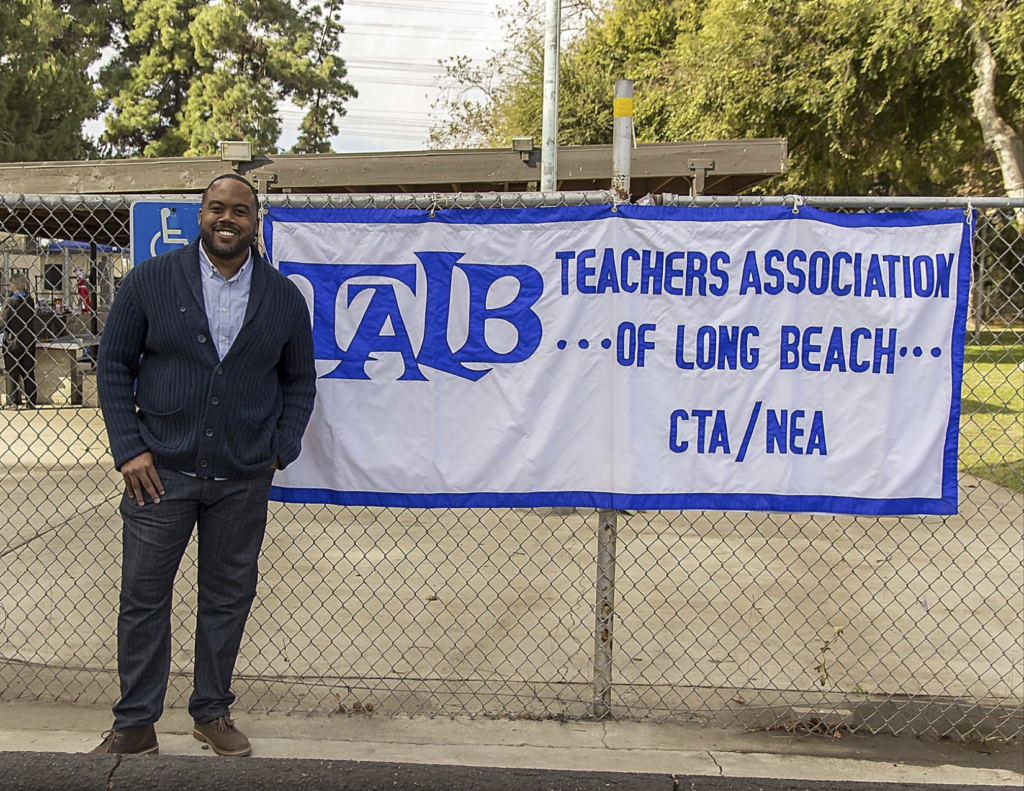 Erik Miller is a Long Beach native, a graduate of LBUSD schools and endorsed by TALB.

Erik Miller was born and raised in Long Beach. As a man who comes from humble beginnings, Erik went on to be an All-Moore League Football Player and graduated from the LBUSD. To this, he went on to be the first in his family to go to college, where he earned his bachelor’s degree in Architecture from Woodbury University.

Erik is currently the Executive Director of U.S.VETS – Long Beach, a national initiative that provides housing, employment opportunities and health services to homeless veterans. This multi-million dollar nonprofit serves over 5,000 people annually and the Long Beach site in particular is the largest homeless veteran housing facility on the west coast. Erik began his career as an Architectural Designer with Steinberg Architects in Los Angeles where he learned to manage major construction projects and work with large budgets. He took these project management skills to the non-profit sector 11 years ago where he started as a Director of a Long Beach based mentoring organization focused toward education.

In response to the gang and gun violence crisis in Central and West Long Beach, Erik joined the Long Beach GRIP (Gang Reduction Intervention and Prevention) Taskforce where he served as Chairman from 2012-2014. As the chair, Erik worked to implement a federal grant focused on youth programs that have reduced violence throughout the city. He currently serves as a mentor with Operation Jump Start.

Erik currently lives in the Cal Heights neighborhood of Long Beach with his wife and daughter, who will be attending kindergarten in the Long Beach Unified School District in a few years.

Join your fellow TALB members by volunteering for Erik’s campaign.  We need help with phonebanking, precinct walking and more. Complete and submit the form below and a member of Erik’s campaign will reach out to you.